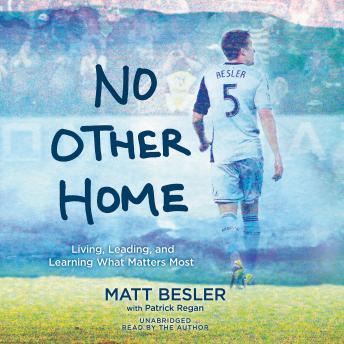 No Other Home: Living, Leading, and Learning What Matters Most

Sporting Kansas City captain Matt Besler has achieved something extraordinary in the least extraordinary way. At every level of his athletic career, Besler has heard the same questions and initial dismissal of his talent. Even as he made his slow, steady progression into the consciousness of his coaches, opponents, and fans, then onto the national and world soccer stage, he heard it still. How does a normal guy like Matt Besler end up playing in the World Cup, one of the most exclusive competitions in international sports?

If it’s true that he’s a rather typical Midwestern guy, it’s also true that Matt happens to be one of the best soccer players in the country. Professional soccer is a bastion for the flamboyant—the lifestyles, the hairstyles, the WAGs, the passionate fans—yet Matt has flourished as the anti-flamboyant. He is preternaturally calm. He is stalwart. He is relentlessly committed to his preparedness and his athletic success. Matt Besler may seem to be Mr. Average, but it is this very characteristic that has made him exceptional.

No Other Home offers an honest, first-person perspective into exactly what it takes to reach the highest levels of the sporting world. Matt shares his stories—from
growing up in a loving but fiercely competitive family, to climbing through the ranks of high school, club, and college athletics, to dealing with injuries and professional
setbacks, and even to his own rather extraordinary experience of becoming a father. The poignant lessons he’s learned so far hold value for soccer fans and nonfans
alike. This is a book to be shared among family members, young and old. And for parents looking for positive influences in professional athletics, they will find no better
role model than Matt.

Audio edition read by the author with a foreword read by Graham Zusi of Sporting KC.