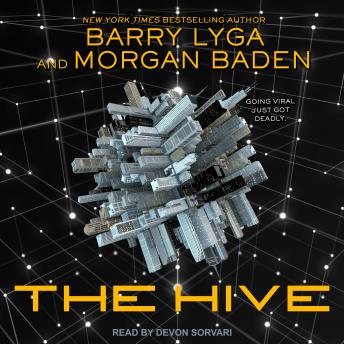 Based on a concept by Jennifer Beals and Tom Jacobson

Cassie McKinney has always believed in the Hive.

Social media used to be out of control, after all. People were torn apart by trolls and doxxers. Even hackers-like Cassie's dad-were powerless against it.

But then the Hive came. A better way to sanction people for what they do online. Cause trouble, get too many 'condemns,' and a crowd can come after you, teach you a lesson in real life. It's safer, fairer, and perfectly legal.

Entering her senior year of high school, filled with grief over an unexpected loss, Cassie is primed to lash out. Egged on by new friends, she makes an edgy joke online. Cassie doubts anyone will notice.

But the Hive notices everything. And as her viral comment whips an entire country into a frenzy, the Hive demands retribution.

One moment Cassie is anonymous; the next, she's infamous. And running for her life. With nowhere to turn, she must learn to rely on herself-and a group of Hive outcasts who may not be reliable-as she slowly uncovers the truth about the machine behind the Hive.