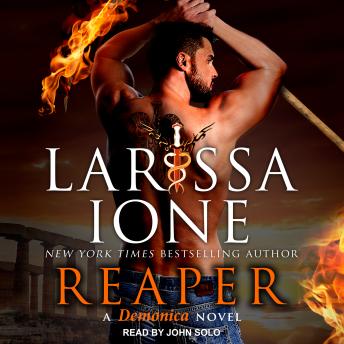 He is the Keeper of Souls. Judge, jury, and executioner. He is death personified. He is the Grim Reaper.

A fallen angel who commands the respect of both Heaven and Hell, Azagoth has presided over his own underworld realm for thousands of years. As the overlord of evil souls, he maintains balance crucial to the existence of life on Earth and beyond. But as all the realms gear up for the prophesied End of Days, the ties that bind him to Sheoul-gra have begun to chafe.

Now, with his beloved mate and unborn child the target of an ancient enemy, Azagoth will stop at nothing to save them, even if it means breaking blood oaths and shattering age-old alliances.

Even if it means destroying himself and setting the world on fire . . .