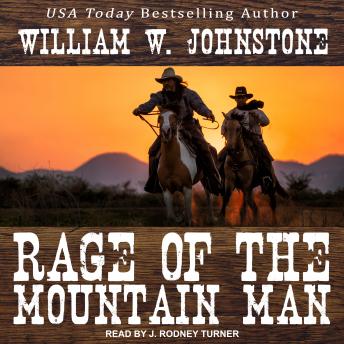 Rage of the Mountain Man

Smoke Jensen is the most powerful man on the Sugarloaf frontier-and he's all that stands between a greedy group of Eastern slickers and their schemes for a criminal empire in the Rockies. When Smoke heads back to Boston with his wife, it gives his enemies the opening they'd been waiting for: to kill the mountain man and take over the West.

But even on the unfamiliar turf of back alleys and teeming docks, Smoke is more than most men can handle . . . until his wife is kidnapped. Now Smoke is in a fury and in this fight all the way from Boston back to Dodge City and up to Yellowstone, where a brutal showdown with a gang of hired guns awaits . . . and where, in a blazing hail of bullets and blood, the legend of the big man is about to grow even bigger . . .

They called him fastest gun alive, but Smoke Jensen is determined to stay on the right side of the law. That is, until he's jumped by six low-life robbers who steal his shirt-and his identity. Smoke's tried for robbery and murder, and sentenced to hang in morning. Someone's out to frame the Mountain Man . . . someone who's made a big mistake.

Rage of the Mountain Man