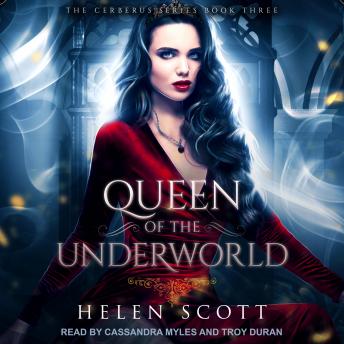 Queen of the Underworld: A Reverse Harem Romance

1. Make it to the Underworld before the insidious human organization that wants to control it

2. Defend the Underworld the Norse goddess of Helheim

A battle for the Underworld is brewing. Taking the throne might be close to impossible between having a goddess and a secretive human organization bent on the domination of all the realms on her tail. How can Poppy, her hellhounds, and her judges defend it?
It doesn't help when one of her judges goes missing while she sleeps. When they fall under attack Poppy must choose between fighting, staying safe, and searching for her missing man.

After a wild chase through the Underworld, Poppy has three questions. Who can she trust? Who will betray her for power? How many more secrets the Underworld is hiding?

Queen of the Underworld: A Reverse Harem Romance