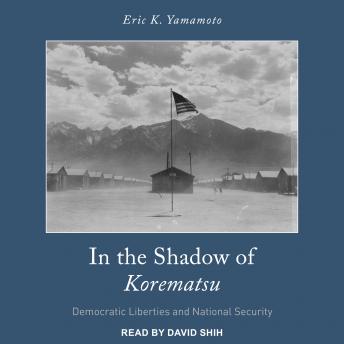 In the Shadow of Korematsu: Democratic Liberties and National Security

The national security and civil liberties tensions of the World War II mass incarceration link 9/11 and the 2015 Paris-San Bernardino attacks to the Trump era in America-an era darkened by accelerating discrimination against and intimidation of those asserting rights of freedom of religion, association and speech, and an era marked by increasingly volatile protests. This book discusses the broad civil liberties challenges posed by these past-into-the-future linkages, highlighting pressing questions about the significance of judicial independence for a constitutional democracy committed both to security and to the rule of law. What will happen when those profiled, detained, harassed, or discriminated against under the mantle of national security turn to the courts for legal protection? How will the U.S. courts respond to the need to protect both society and fundamental democratic values of our political process? Will courts fall passively in line with the elective branches, as they did in Korematsu v. United States, or serve as the guardian of the Bill of Rights, scrutinizing claims of 'pressing public necessity' as justification for curtailing fundamental liberties?

In the Shadow of Korematsu: Democratic Liberties and National Security