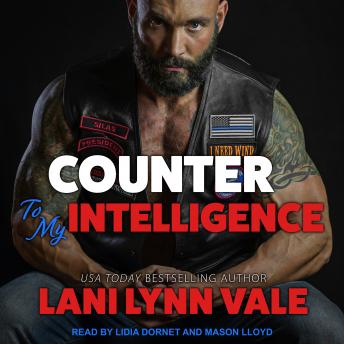 Counter To My Intelligence

Sometimes the heart wants what it can't have.

That's the motto Silas Mackenzie, the president of The Dixie Wardens MC, has lived by since he was a young man.

Now he's well on the way to middle age, has three grown children, and he's lusting after a woman he should definitely stay away from.

Especially one that his ex-girlfriend had given birth to, and happened to be only twenty seven years old.

Sawyer isn't a young girl at heart, though.

She's seen the inside of a jail cell for eight long years, and every one of them she spent paying for a crime she didn't commit.

Silas Mackenzie knows as soon as he sees her that the girl has sacrificed enough.

It's time for Silas Mackenzie to get what he deserves, and put a little bit of happy back into Sawyer's world, one rough, bearded kiss at a time.

Counter To My Intelligence