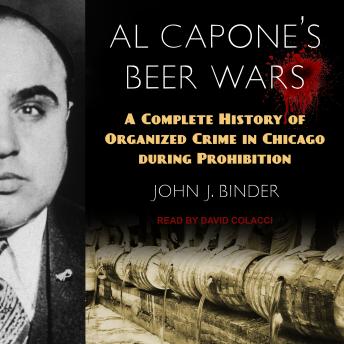 Although much has been written about Al Capone, there has not been-until now-a complete history of organized crime in Chicago during Prohibition. This exhaustively researched book covers the entire period from 1920 to 1933. Author John J. Binder, a recognized authority on the history of organized crime in Chicago, discusses all the important bootlegging gangs in the city and the suburbs and also examines the other major rackets, such as prostitution, gambling, labor and business racketeering, and narcotics.

A major focus is how the Capone gang-one of twelve major bootlegging mobs in Chicago at the start of Prohibition-gained a virtual monopoly over organized crime in northern Illinois and beyond. Binder also describes the fight by federal and local authorities, as well as citizens' groups, against organized crime. In the process, he refutes numerous myths and misconceptions related to the Capone gang, other criminal groups, the St. Valentine's Day Massacre, and gangland killings.

What emerges is a big picture of how Chicago's underworld evolved during this period. This broad perspective goes well beyond Capone and specific acts of violence and brings to light what was happening elsewhere in Chicagoland and after Capone went to jail.