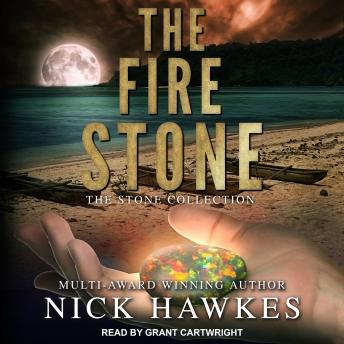 Pip divides her life between her musical studies at the Adelaide Conservatorium and her work as a barista. Her ordered life is shattered when bullets fired through the window of her home reduce her cello to matchwood. The violence appears all the more bewildering given that she lives with her father David, a mild-mannered Anglican cleric.

A web of violence draws all four of them together.

Everything in Sebastian's life begins to change when he is given the gift of a fabulous opal-The Fire Stone. It begins a journey that takes all of them across the Pacific to the islands of Vanuatu, where the final drama is played out. The four of them must band together, in order to defeat an organization that lives for violence, intimidation, and murder.