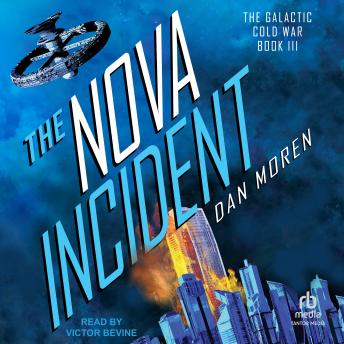 When a bomb explodes in the bustling Commonwealth capital city of Salaam, responsibility is quickly claimed by an extremist independence movement. But after a former comrade, an ex-spy with his own agenda, is implicated in the attack, Simon Kovalic and his team of covert operatives are tasked with untangling the threads of a dangerous plot that could have implications on a galactic scale. And the deeper Kovalic digs, the more he'll uncover a maze of secrets, lies, and deception that may force even the most seasoned spy to question his own loyalties.

This title is due for release on September 20, 2022
We'll send you an email as soon as it is available!