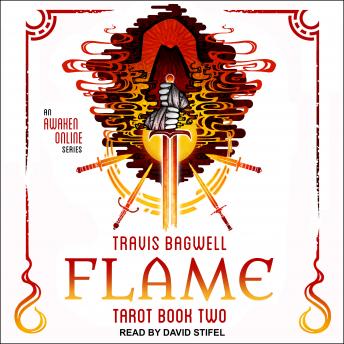 However, that was only the beginning of the Emir's competition. The next stage will send Finn and his companions deep into the desert north of Lahab in search of a long-lost relic. The magical artifact is said to be held within the Abyss.

Except, this time, he's not just facing novice mages. Everyone in the region seems to be arrayed against him, god and man alike. Racing against the other two champions, swept into the middle of a conflict between the Emir and those he's wronged, and at the mercy of a manipulative fire goddess, Finn must battle his way through the Abyss and claim his prize.

Yet he will not stop, and he cannot afford to fail-not with Rachael's life hanging in the balance.

He will need to embrace his gifts and overcome his past.

Finn will need to become a true prophet of the flame.