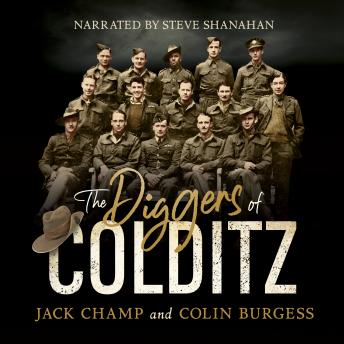 The Diggers of Colditz: The classic Australian POW story about escape from the impossible

Colditz Castle was Nazi Germany’s infamous ‘escape-proof’ wartime prison, where hundreds of the most determined and resourceful Allied prisoners were sent. Despite having more guards than inmates, Australian Lieutenant Jack Champ and other prisoners tirelessly carried out their campaign to escape from the massive floodlit stronghold, by any means necessary.

In this riveting account – by turns humorous, heartfelt and tragic – historian Colin Burgess and Lieutenant Jack Champ, from the point of view of the prisoners themselves, tell the story of the twenty Australians who made this castle their ‘home’, and the plans they made that were so crazy that some even achieved the seemingly impossible – escape!

‘A stirring testimony of mateship . . . We are often on tenterhooks, always impressed by their determination, industry and courage’ Australian Book Review

Diggers of Colditz: The classic Australian POW story about escape from the impossible