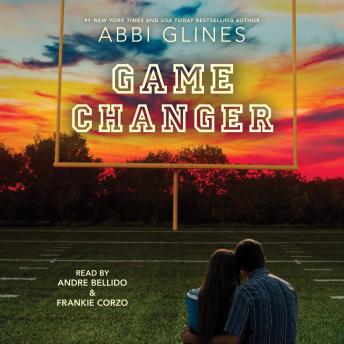 Ezmita Ramos has always had big plans for her future, ones that would take her far outside the Lawton city limits. But with overprotective parents who control every part of her life, she’s worried that these dreams will never become reality.

There’s nothing Asa Griffith wants more than to leave Lawton. It’s his senior year and he’s all set to attend Ole Miss in the fall, but a part of him also worries about what will happen if he leaves his mom living alone with his abusive father. After a huge fight with his father that escalates to violence, Asa is forced out of the house in the middle of the night with nowhere to go.

When Asa and Ezmita cross paths that night, neither of them is in the mood to socialize. But they also feel this undeniable chemistry, one that gives them each hope that better days lie ahead. Then Asa is sent away to live with his grandmother for four months, only to return to Lawton and find out Ezmita has moved on. Still, the sparks between Asa and Ezmita linger. Neither of them has forgotten the way they felt seen by the other at their lowest points.

Can Asa and Ezmita find their way back to each other?