The Reluctant Farmer of Whimsey Hill 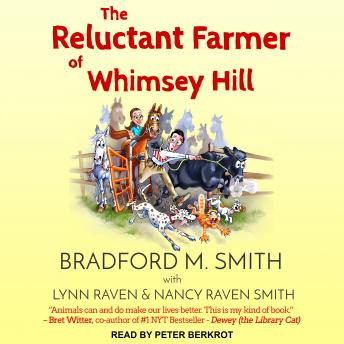 The award-winning, humorous true story of an animal-phobic, city robotics engineer who learns too late that his new bride's dream is to have a farm where she can rescue ex-racehorses. When the newlyweds take a Meyers-Briggs Personality Test for fun, they discover their marriage is doomed. There is only one problem: they took the test after the wedding. So whether he's chasing a cow named Pork Chop through the woods, getting locked in a tack room by the family pony, being snubbed by his wife's favorite dog, or unsuccessfully trying to modernize their barn using the latest technology, the odds are already stacked against him. It seems like everything on four legs is out to get him. Will the animals prove Meyers-Briggs right? Will he admit defeat, or will he fight to keep his family and the farm together?