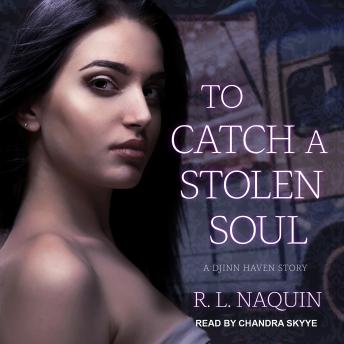 To Catch a Stolen Soul: A Humorous Urban Fantasy Novel

Kam is a soul chaser for the Hidden Government, a much harder job now that the Hidden look like everyone else. Broke, out of magic and sick of playing waitress in a pirate-themed dive bar, Kam jumps at a chance for an out-of-town mission.

A reaper-and his loaded soul stone-have gone missing. The stone contains souls that might get permanently stuck if Kam doesn't find it, like, yesterday. She tracks the reaper down to a food truck outside Kansas City, only to find a dead reaper and no soul stone in sight. Which means that someone who should be dead killed the reaper and is running around with a powerful magic item. Not good.

And apparently the killer is targeting food-truck owners that also happen to be Hidden. So the only thing to do is open her own truck and go undercover-goodbye Kam the Djinn, hello Mobile Food Entrepreneur-and hope that she and her new runaway friend won't be the next targets . . .

To Catch a Stolen Soul: A Humorous Urban Fantasy Novel