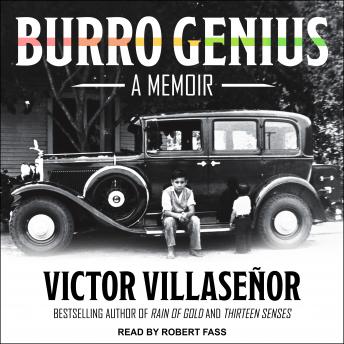 When Victor Villaseñor stood at the podium and looked at the group of teachers amassed before him, he became enraged. He had never spoken in public before. His mind was flooded with childhood memories filled with humiliation, misunderstanding, and abuse at the hands of his teachers. With his heart pounding, he began to speak of these incidents. To his disbelief, the teachers before him responded to his embittered recollection with a standing ovation. Many could not contain their own tears.

So begins a touching memoir of an extremely angry adolescent. Highly gifted and imaginative, Villaseñor coped with an untreated learning disability (he was finally diagnosed with extreme dyslexia at the age of forty-four) and the frustration he felt growing up Latino in an English-only American school system that had neither the cultural understanding nor the resources to deal with Latino students.

Often beaten by his teachers because he could not speak English, Villaseñor was made to feel ashamed about his heritage, and even questioned the core values prioritized by his tight-knit family. Villaseñor's dyslexia, and growing frustration over not fitting in, fueled his dream to one day become a writer. He is now considered one of the premier writers of our time.