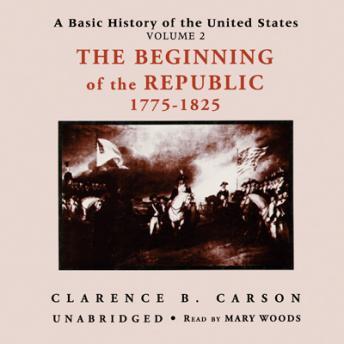 Carson’s full-scale treatment of American history combines scholarly exactness with evocative passages that lead the listener to a clearer understanding of the people and events, the triumphs and the shortcomings, which have shaped this nation. “For Carson, history is the product of the actions of countless individuals, each under the influence of certain ideas. And Carson explores those ideas, ideologies, and ‘isms.’”—The Freeman
This second volume of discusses the move toward independence, the Declaration of Independence, the Revolutionary War, the battle for Canada, the struggle for the middle states, the battle for the South, the Constitutional Convention, the making of the Constitution, and the fruits of independence.