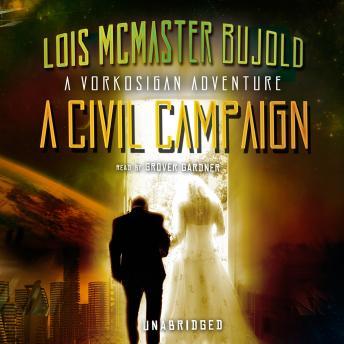 Lord Miles Vorkosigan, youngest Imperial Auditor to be appointed by the Emperor since the Time of Isolation, has a problem that all his new power can’t solve: unrequited love for the beautiful Vor widow Ekaterin Vorsoisson. Ekaterin is violently allergic to marriage as a result of her first exposure. But as Miles learned from his late career in galactic covert ops, if a frontal assault won’t do, go to subterfuge.
Miles has a cunning plan, which, of course, has to be worked out in between District succession scandals and plans for the Emperor’s wedding. And if no battle plan survives first contact with the enemy, just imagine what all Miles’ friends and relatives can do to his romantic strategy.