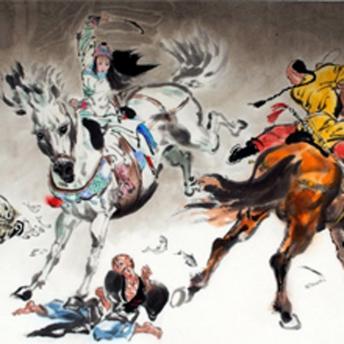 The simple young peasant Di Yun, together with his martial arts teacher, Qi Zhangfa, and Qi's daughter, goes to the city to attend the birthday party of Wan Zhenshan, Qi Zhangfa's senior from the same martial arts sect. Di Yun is framed to prison and has no way to deliver justice. What’s worse, his beloved junior sister is cheated and marries his rival. Deeply dissapointed, Di Yun happens to be friends with a fellow prisoner Ding Dian and masters super martial arts. After he escapes from the prison, Di Yun begins to revenge. Finally Di Yun becomes totally disillusioned with the dark nature and greed of humanity, finding that his teacher and his teacher’s senior are actually bad, and what causes all the fight is the huge treasure hidden in the Liancheng Swordplay manual.