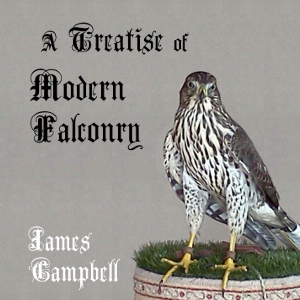 A Treatise of Modern Falconry

The 18th century book A Treatise on Modern Falconry is still one of the most quoted books in today's falconry community.

The preface was possibly written by a Rev. A. Willis, ridicules "The Origin and Progress of Language," a publication shortly before his writing this book. The introduction to this book gives a historical account of the development of falconry from its beginnings long before the 9th century in the middle East to its apparent decline at the invention of the hunting gun. It also includes interesting facts about the practice of falconry in Persia and Hindostan, where falconry became (and in some parts of the Middle East still is) a sport and pastime of the upper classes.

In the second and main part, the book talks about the falconer and his instruments as well as how to treat and train his birds. The book introduces methods of training and handling falcons, hawks and other birds of prey, and also includes sections about their diseases and possible injuries.(Summary by Curt Walton.)

A Treatise of Modern Falconry