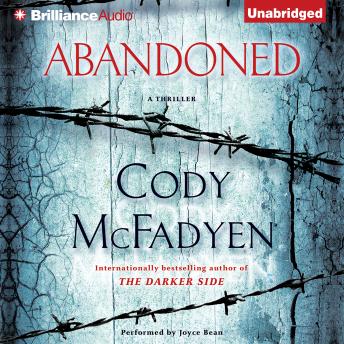 For FBI special agent Smoky Barrett, the wedding of one of the Bureau's own was cause for celebration. Until a woman staggered down the aisle, incoherent, emaciated, head shaved, and wearing only a white nightgown. No one knows who she is or where she's come from - or why she's chosen to appear in a church filled with law enforcement agents. Then a finger-print check determines that the woman has been missing for nearly eight years - that once she was someone's wife, someone's mother . . . and a cop. Imprisoning her in a dark cell, depriving her of any contact with the outside world, her enigmatic captor was a man she didn't know and who seldom spoke, who punished her only when she failed to follow his most basic instructions designed to keep her alive. Cold, businesslike, seemingly indifferent to his victims, he's a predator with an M.O. as terrifyingly inscrutable as any Smoky has ever encountered. As she fits together the pieces of what remains of his victim's fractured life, a chilling picture emerges of a killer every bit as calculating, masterful, and professional as Smoky and the team she leads - a psychopath who doesn't take murder personally and never makes a mistake. There's a reason he let one of his victims go free. And by the time Smoky pierces the darkness of his twisted mind, it may cost her more than she can bear to lose to escape. For a trap snapped closed the moment she took this case too much to heart.