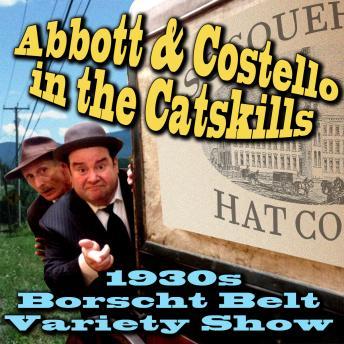 During the curtain call, Bud Abbott sings Minnie the Moocher.

A video promo for the show
http://www.youtube.com/watch?v=0LrAVnN9NO0

A behind the scenes story:
http://waterloggproductions.blogspot.com/2012/04/joe-bev-experience-art-of-audio-13.html