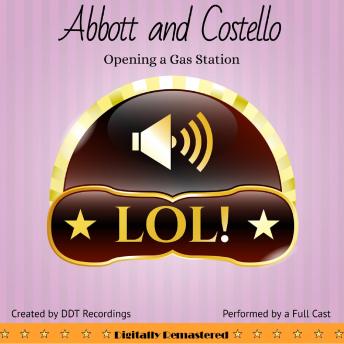 Abbott and Costello were one of the most popular duo comedy teams in history on radio and television. William (Bud) as Abbott and Lou Costello (born Louis Francis Cristillo).
The two comedians first worked together in 1935 at the Eltinge Burlesque Theater on 42nd Street in New York.
They became famous for their most popular act, ''Who's on First?'' whose rapid-fire word play and comprehension confusion set the preponderant framework for most of their best-known routines.
Digitally remastered by DDT Recordings.