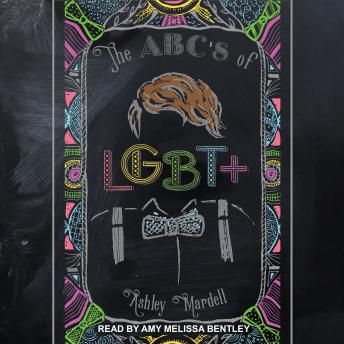 The ABC's of LGBT+

The twenty-first century has seen very positive movement for LGBT+ rights. In the last few years the overturning of DOMA, the SCOTUS ruling in favor of the Marriage Equality Act, American transgender politicians elected to office, and landmark moments such as Apple becoming the most valuable company in the world under the leadership of an openly gay CEO have advanced LGBT awareness and understanding. In a world full of LGBT questions, Mardell's The ABC's of LGBT+ has the answers.

We are living in a post-binary world where gender fluency and awareness of gender identity and a real understanding of our LGBT family is essential. Ashley Mardell, one of the most trusted voices on YouTube, presents a detailed look at all things LGBT+ in this remarkable book. Along with in-depth definitions, personal anecdotes, resources, and more, The ABC's of LGBT+ is proof that it does get better every day in a world where people are empowered by information and understanding.