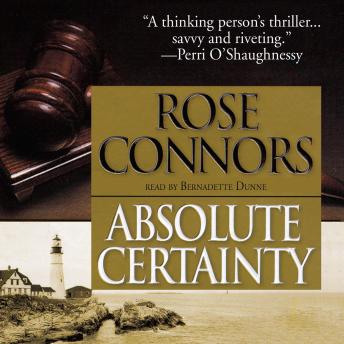 #1 of The Marty Nickerson Series

Martha “Marty” Nickerson, an assistant district attorney on Cape Cod, speaks for victims of crime and their families and sees the system as a means for doing right. The case of Manuel Rodriguez is a prime example. Rodriguez is accused of brutally murdering a college student, a kind young man with a bright future. Marty has worked hard on this case. As the mother of a teenage son, she feels a deep obligation to the murdered boy’s grieving parents. Her case against Rodriguez is so solid that even public defender Harry Madigan, the champion of the Cape’s underdogs, expects a conviction. And, on Memorial Day, a year after the crime, the verdict comes in: guilty as charged. But soon, another body turns up in disturbingly similar circumstances, and Marty begins to question her victory. Did she and her colleagues target the wrong man?

Her supervisor refuses to reopen such a high-profile case. Why should they? The prosecutors played by the rules and won big. But Marty fears that the real killer will strike again. With her career on the line and lives at stake, Marty must rely on her own moral compass, legal savvy, and gut instinct as she matches wits with a twisted killer. The system itself is on trial as Marty tries to serve justice, not merely the law.