The Academy: The Pathways Tree Book 2 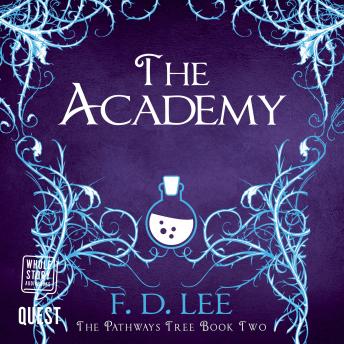 The Academy is the second novel in the ongoing fantasy series The Pathways Tree. Heartfelt, spooky and with more than a little mystery, The Academy will have you turning the pages to find out what happens next! It sees the return of fan favourites Bea, Melly, and Joan (amongst others!) and introduces you to a host of new characters you'll fall in love with.

Bea's back! But life at the Academy isn't all it's cracked up to be. Being the only fairy is bad enough, but then the rumours of a ghost spread, setting everybody on edge. And when people are afraid, it's never a good time to be the odd one out. So Bea is determined to keep her head down and not, absolutely not, draw attention to herself. That is, until she comes face to face with the so-called ghost. Bea realises that things at the Academy are a lot more complicated than they first appear - and that's before an unwelcome face turns up begging a favour... Exactly how far will Bea go to do the right thing - and is she prepared to finally meet the fearsome, three-headed Beast to do it?