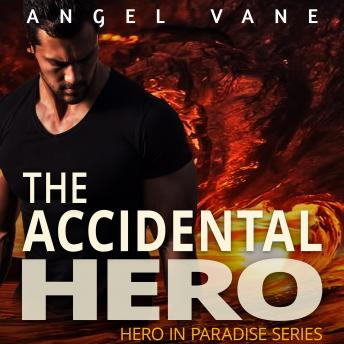 #1 of Hero in Paradise Series

An unforgettable, gripping suspense with twists and steamy romance!

Art conservator Mena Nix is plunged into a terrifying nightmare when she’s taken hostage by a desperate, gun-wielding pregnant woman.

Ex-Navy SEAL Julian Montgomery thinks rescuing the alluring conservator will be simple … until he recognizes the gunman as the missing woman he’s been looking for—Ella Sapphire.

Finding Ella could be Julian’s one chance to make up for the mistakes of his past, mistakes that led to the destruction of his SEAL Team. Dodging a blaze of bullets, Julian rescues Mena and Ella’s newborn son as Ella escapes into the night.

Days later, Ella’s corpse is found on a secluded beach.

Struggling to fight the sizzling attraction brewing between them, Julian and Mena search for answers to the gruesome murder. But a killer lurks, willing to stop at nothing to keep Julian and Mena from discovering the twisted truth.

Buy The Accidental Hero to lose yourself in this edge-of-your-seat romantic suspense today!

This title is due for release on August 14, 2020
We'll send you an email as soon as it is available!