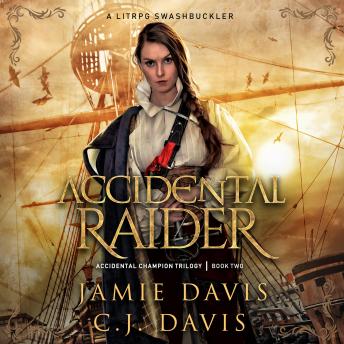 Cari Dix is tired of playing by the rules. Let everyone else race to rescue the fate of an Empire. She chooses a return to the high seas and her raider ship, the Vengeance.

Then Cari discovers a secret that could change the world and once again save the heir to the Crystal Throne. The chase is on for Raider Captain Cari Dix. Her parents, Hal and Mona, follow along behind, trying to catch up to their daughter, lost in the game of Fantasma.

Come along for book 2 in this real-life swashbuckling romp of a lifetime, returning to the gamelit world of Fantasma once again. Play along with Cari as she once again fights to save the last of the Empire's heirs in this pirate role-playing adventure.

This title is due for release on September 15, 2018
We'll send you an email as soon as it is available!