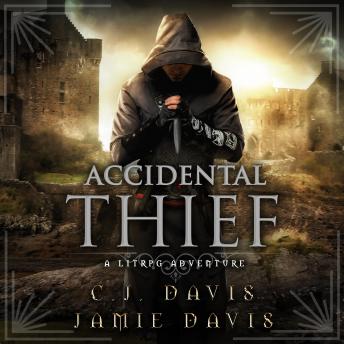 An Everyday Gamer, Stuck in the Game.

Hal Dix was stuck in an unlucky life. His wife is a successful executive while his IT help desk job leads nowhere. Even his daughter's daycare teacher thinks he's a loser. Hal can't catch a break.

Now a strange woman at a flea market sells Hal a bootleg release of a highly anticipated game. It is just what he wished for and he can't wait to play it during his long weekend home alone. His luck has finally turned around, right?

Hal should be careful what he wishes for.

Join the adventure in this first book of an epic LitRPG fantasy trilogy. Play along with Hal and his new friends in Fantasma, as he becomes an Accidental Thief.