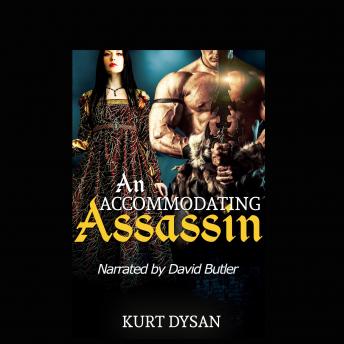 It isn't just blood lust that has him aroused…
Jason is an assassin, and Lady Anne has summoned him to a secret meeting in her chamber in the castle. She wants to hire him to kill the King's youngest son. The Prince has threatened to arrest her husband for treason and have their property confiscated if she doesn't give in to his sexual demands.
Lady Anne is certain that after the Prince enjoys her, he'll carry out his plan anyway, leaving her with nothing. And so, she wants him dead.
The beautiful Lady Anne clearly wants Jason to ravish her. Her beautiful slave girl, Arun, is also attracted to Jason and wants his help to escape her slavery. And, although no one else knows, another client wants Jason to kill the King's oldest son. As a professional assassin and virile man, the least he can do under the circumstances is to try to accommodate them all.
A tale of older and bolder days.