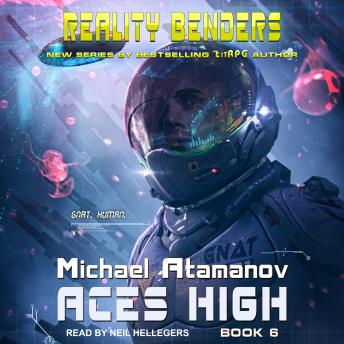 To be on a starship that's just sustained serious damage in a space battle including losing its thrusters and find yourself in a totally different galaxy . . . You might think that would be cause for panic or, at the very least, despondency, right? Not at all! Gnat maintains optimism, gradually gets his space frigate back in working order, and even finds upsides to what happened.

On top of that, there's never a dull moment-both in the virtual game and the real world. Gnat finds himself at the very epicenter of the great space-faring races' interests, though he does not understand why they're paying him such close attention. And add to that the fact that humanity's Geckho suzerains are also in a tight spot and demanding all their vassals institute a military draft then send their assembled forces out to fight a distant space war.

Will Gnat be able to play his part in this complicated diplomatic party with the future of the entire human race at stake? Find out in Book Six of Reality Benders!