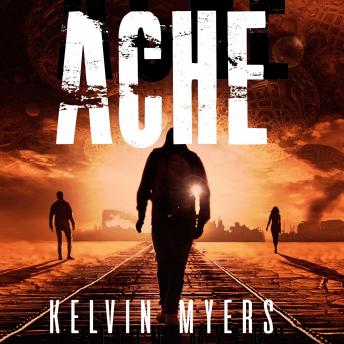 With the advent of nanotech, happiness is just a brain hack. But if you can hack your brain, who else can?

In the energy-scarce landscape of the former US, society has turned to mood-altering nanomachines to augment its grim reality. Like many, Lance Mireles walks the line between use and abuse, running shady side jobs to feed his habit while keeping up appearances with his younger brother. Pushing his luck once too often, he ends up on the wrong side of the law, disowned from his family, and exiled to the anarchy outside the city gates.

Determined to turn his life around, Lance follows clues to an isolated commune with a mysterious source of nanomachines. It looks like a second chance—until he traces their source back to a danger looming over his family, and the secret reason for the city’s nanotech dependence. As things at home fall apart, Lance turns to the outlaw community for help—but to earn their trust he first has to overcome the roots of his addiction.

“a great action/adventure read that also has quite a bit of depth” --Alex Grove, author of False Idols

'Could not put this down! An action packed dystopian novel about technology, addiction, and family. This frightening world seems all too plausible.' --Amazon Reviewer

“This story will keep you riveted till the end then beg for more.” --Sheila J, Amazon Reviewer

This title is due for release on July 5, 2017
We'll send you an email as soon as it is available!