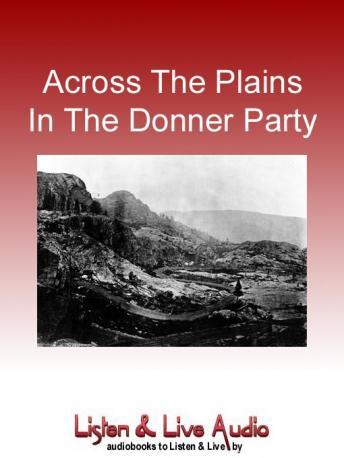 Across The Plains In The Donner Party

The story of the Donner Party is very much the story of James F. Reed's family, not simply because the Reeds were prominent members, but because they left much documentary evidence: diaries, memoirs, correspondence and letters written en route and interviews shortly after the disaster. The adopted daughter of Reed, Virginia Reed Murphy's memoir is a noteworthy recounting of the Donner party disaster and its gruesome end. Her writing is sprightly, informal, and full of human interest.

This title is due for release on January 11, 2015
We'll send you an email as soon as it is available!