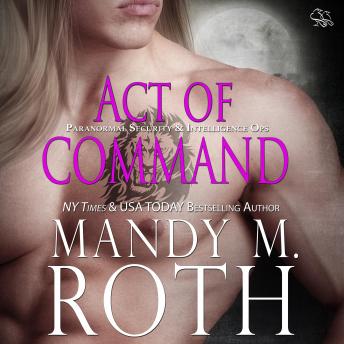 Captain Corbin Jones heads his own Paranormal Security and Intelligence Agency Special Ops team. He’s used to being in command. Used to having to make the tough calls. As a lion-shifter, he’s no stranger to fighting his primal instincts. He’s had them well in hand for most of his immortally long life—that is, until he catches a scent that sets his body on fire.

The scent of his mate.

Mae wasn’t looking for love and certainly didn’t want to go on a blind date. When she’s stood up and then ends up in the hands of the enemy, she’s not sure who to trust. Not even when the very same man she’s been fantasizing about is deposited next to her. Fate—and her own supernatural hormones—won’t be denied, and she finds she can’t control the desire burning through her. The only problem is, her fantasy man, the very man who came to rescue her, is now in the hands of the enemy as well.

This title is due for release on July 14, 2016
We'll send you an email as soon as it is available!