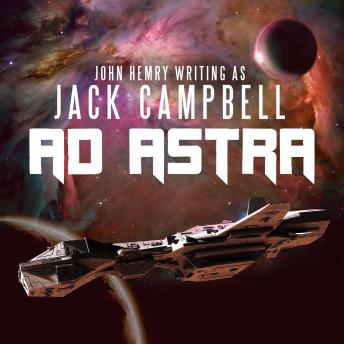 In this collection of short stories, New York Times bestselling author Jack Campbell explores what kinds of problems mankind might face as our horizons expand.

'Lady Be Good:' The Lady Be Good is an old ship, running obscure routes with her loyal first officer Kilcannon and reclusive captain. When Kilcannon decides to rescue the survivors of an attack on a Vestral Company ship, a mysterious new passenger thanks him by asking difficult questions about the Lady, with unexpected answers.

In 'Kyrie Eleison,' the Verio shipwrecked centuries ago on an out-of-the-way planet, and the descendants of the ship's survivors have gotten along as well as they can by following the orders that were passed on to them. But when the Bellegrange arrives on a rescue mission, her captain will have to reckon with the unexpected social order on the planet.

In 'Do No Harm,' a ship is so technologically advanced that it can repair itself-but turning over the keys might not be the best idea. And in 'Down the Rabbit Hole,' a series of failed attempts at faster-than-light travel leads to a novel approach: sending an untested Naval captain out in a space ship to see if he can figure out what's gone wrong.