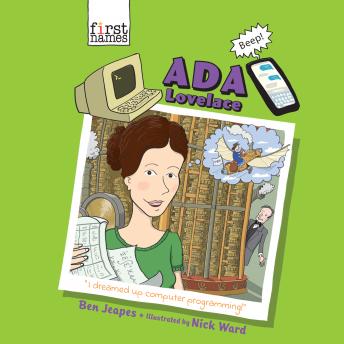 Before she was a famous mathematician and the first computer programmer, Ada Lovelace (1815–1852) was the daughter of well-known poet Lord Byron. When he died, Ada was still very young, and her mother encouraged her interest in mathematics in an attempt to prevent her from turning into a melancholy poet like her father. As an adult, she married a count and, as countess, was given access to some of England’s greatest scientists and authors, including Charles Babbage, who was working to develop an analytical engine. Seeing the potential in computers, Ada partnered with Charles and used her mathematical skills to create an algorithm that could make such a machine possible.

Fascinating and lively, Ada Lovelace tells the story of the woman who helped pioneer computing.