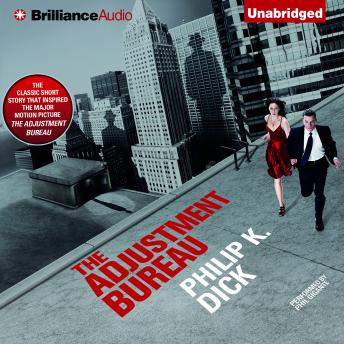 The Adjustment Bureau is a major motion picture based on Philip K. Dick's classic paranoid story, The Adjustment Team. This is the short story, The Adjustment Team, which asks the question - Do we control our destiny, or do unseen forces manipulate us? Ed Fletcher is a real estate agent with a normal life, until one day he leaves the house for work a few minutes later than he should have. He arrives at a terrifying, grey, ash world. Ed rushes home and tells his wife, Ruth, who goes back to the office with him. When they return, everything is normal. But he soon realizes people and objects have subtly changed. Panic-stricken, he runs to a public phone to warn the police, only to have the phone booth ascend heavenward with Fletcher inside...