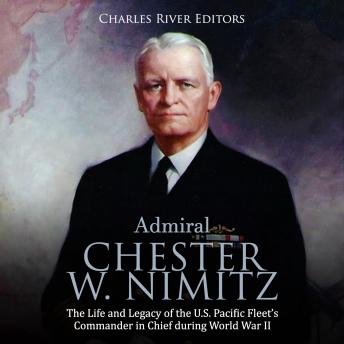 Admiral Chester W. Nimitz: The Life and Legacy of the U.S. Pacific Fleet's Commander in Chief during World War II

“It is the function of the Navy to carry the war to the enemy so that it is not fought on U.S. soil.” – Admiral Nimitz

All Americans are familiar with the “day that will live in infamy.” At 9:30 a.m. on Sunday, December 7, 1941, Pearl Harbor, the advanced base of the United States Navy’s Pacific Fleet, was ablaze. It had been smashed by aircraft launched by the carriers of the Imperial Japanese Navy. All eight battleships had been sunk or badly damaged, 350 aircraft had been knocked out, and over 2,000 Americans lay dead. Indelible images of the USS Arizona exploding and the USS Oklahoma capsizing and floating upside down have been ingrained in the American conscience ever since. In less than an hour and a half the Japanese had almost wiped out America’s entire naval presence in the Pacific.

The Americans would eventually push the Japanese back across the Pacific, and one of the most instrumental leaders in the effort was Admiral Chester W. Nimitz, who commanded the U.S. Pacific Fleet and helped coordinate joint operations with the legendary General Douglas MacArthur, the Supreme Commander, Southwest Pacific Area. The ensuing strategies would lead to decisive operations at places like Midway, Iwo Jima, Okinawa, and others before the use of the atomic bombs compelled Japan’s surrender in August 1945.

Admiral Chester W. Nimitz: The Life and Legacy of the U.S. Pacific Fleet's Commander in Chief during World War II