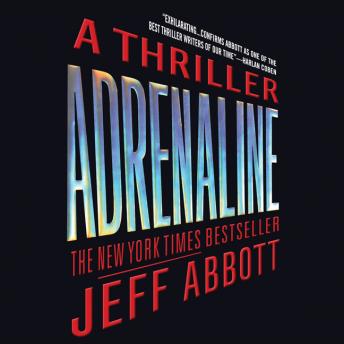 A brilliant young CIA agent has it all--until he's the lone survivor of a terrorist attack that his wife may or may not have been involved in planning--in Jeff Abbott's 'exhilarating' (Harlan Coben) thriller, the launch of his fan favorite Sam Capra series.

'If you knew this was our final day together, what would you say to me?'

'Anything but good-bye. I can't ever say good-bye to you.'

Sam Capra is living the life of his dreams. He's a brilliant young CIA agent. His wife Lucy is seven months pregnant with their first child. They have a wonderful home, and are deeply in love. They have everything they could hope for...until they lose it all in one horrifying moment.

Sam receives a call from Lucy while he's at work. She tells him to leave the building immediately. He does...just before it explodes, killing everyone inside. Lucy vanishes, and Sam wakes up in a prison cell. As the lone survivor of the attack, he is branded by the CIA as a murderer and a traitor.

Escaping from the agency, Sam launches into a desperate hunt to save his kidnapped wife and child, and to reveal the unknown enemy who has set him up and stolen his family. But the destruction of Sam's life was only step one in an extraordinary plot--and now Sam must become a new kind of hero.