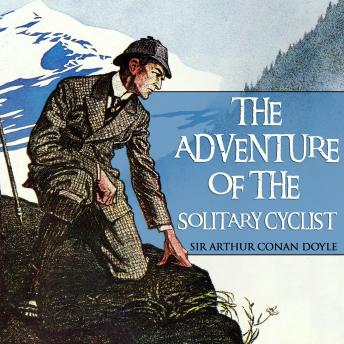 The Adventure of the Solitary Cyclist

A young woman explains to Holmes that an unknown man has been following her by bicycle on her weekly trips from the house where she works to the railroad station. Having met two friends of her recently-deceased uncle, one of the men, Carruthers, hires her as a governess and later proposes to her. The young woman, being already engaged, declines. The other man, Woodley, disturbs her with rude behavior and romantic advances. Holmes connects the clues and arrives in time to solve the mystery of the unknown cyclist and to save Smith after she is kidnapped by Woodley.