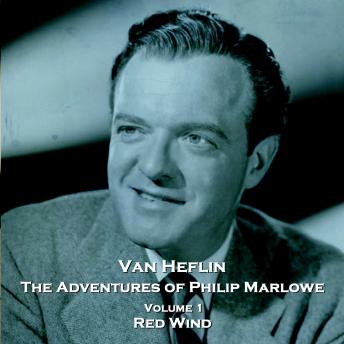 Philip Marlowe was the most hard-boiled of gumshoes, a Private Investigator who could smell a ruse, taste a betrayal and track down anyone hiding in the shadows. The radio series was so successful but by 1949 it had the largest audience of any radio show. That’s quite a claim, and even if not absolutely accurate it’s near the mark. Marlowe, created by Raymond Chandler, is someone we all seem to know, a door who’s door we would knock on in times of trial. His methods might not be totally within the law but hey, these were bad people he was up against and as anyone in the law business knows – needs must.Van Heflin is Philip Marlowe. And he’s ready for his next case.