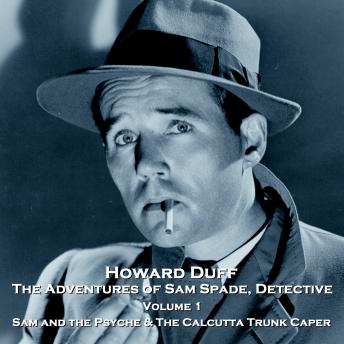 The Adventures of Sam Spade, Detective - Volume 1 - Sam and the Psyche & The Calcutta Trunk Caper