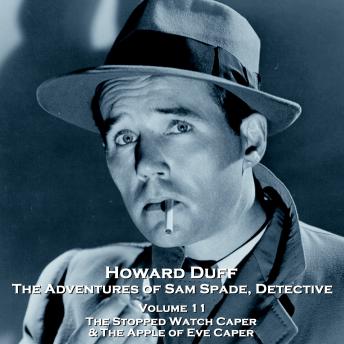 The Adventures of Sam Spade, Detective - Volume 11 - The Stopped Watch Caper & The Apple of Eve Caper