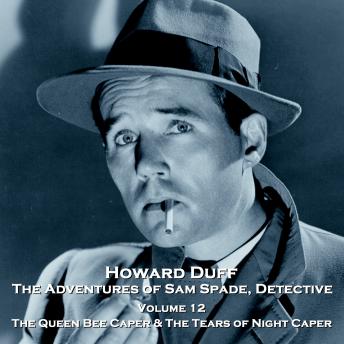 The Adventures of Sam Spade, Detective - Volume 12 - The Queen Bee Caper & The Tears of Night Caper