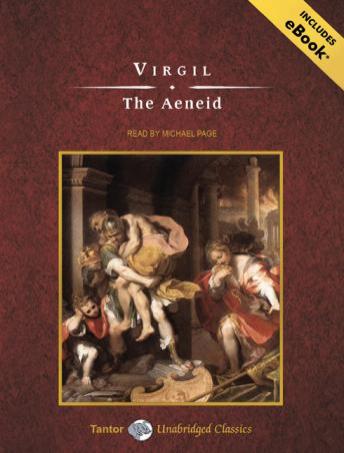 After a century of civil strife in Rome and Italy, the poet Virgil wrote The Aeneid to honor the emperor Augustus by praising Aeneas, Augustus's legendary ancestor. As a patriotic epic imitating Homer, The Aeneid also set out to provide Rome with a literature equal to that of Greece. It tells of Aeneas, survivor of the sack of Troy, and of his seven-year journey: to Carthage, where he fell tragically in love with Queen Dido; to the underworld, in the company of the Sibyl of Cumae; and, finally, to Italy, where he founded Rome. It is a story of defeat and exile, and of love and war.

Virgil's Aeneid is as eternal as Rome itself, a sweeping epic of arms and heroism-the searching portrait of a man caught between love and duty, human feeling, and the force of fate. Filled with drama, passion, and the universal pathos that only a masterpiece can express. The Aeneid is a book for all the time and all people.

This version of The Aeneid is the classic translation by John Dryden.