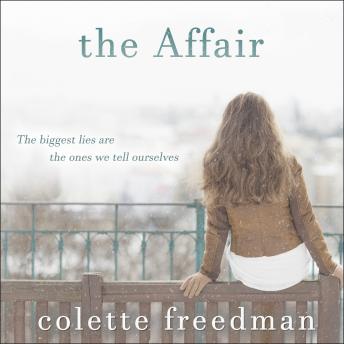 After eighteen years of marriage, Kathy Walker has settled into a pattern of comfortable routines-ferrying her two teenagers between soccer practice and piano lessons, running a film production business with her husband, Robert, and taking care of the beautiful Boston home they share. Then one day, Kathy discovers a suspicious number on her husband's phone. Six years before, Kathy accused Robert of infidelity-a charge he vehemently denied-and almost destroyed their marriage in the process.

Now Kathy must decide whether to follow her suspicions at the risk of losing everything, or trust the man with whom she's entwined her past, present, and future. As she grapples with that choice, she is confronted with surprising truths not just about her relationship, but about her friends, family, and her own motivations.

Skillfully crafted and deeply insightful, The Affair sensitively explores the complexities of love and the challenge of ever knowing another person fully, even as we endeavor to understand our own deepest longings.