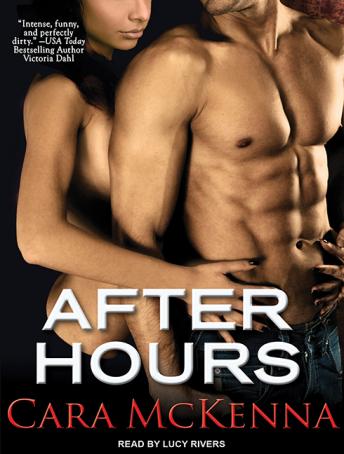 Erin Coffey has been a nurse for years, but nothing's prepared her for the physical and emotional demands of her new position. Needing to move closer to her dysfunctional family, she takes a dangerous job at Larkhaven Psychiatric Hospital, where she quickly learns that she needs protection-and she meets the strong, over-confident coworker who's more than willing to provide it.

Kelly Robak is the type of guy that Erin has sworn she'd never get involved with. She's seen firsthand, via her mess of a sister, what chaos guys like him can bring into a woman's life. But she finds herself drawn to him anyway, even when he shows up at her door, not eager to take no for an answer.

What Erin finds even more shocking than Kelly's indecent proposal is how much she enjoys submitting to his every command. But he can't play the tough guy indefinitely. If they want to have more than just an affair, both will have to open up and reveal what they truly need.