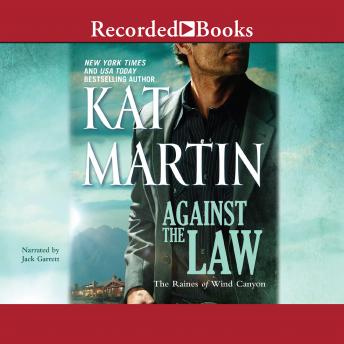 The most unsettled of the 'no-account Raines boys,' Devlin Raines has long been protecting his heart from injury. But his latest case-and client-forces him to lay everything on the line . At thirty-two Dev is 'mostly retired' from Raines Investigations, content to run operations from his sprawling Arizona home. But Dev has never been able to say no to a beautiful woman, so when Lark Delaney comes to him for help, the former U.S. Army Ranger from Wind Canyon gets back in the game. Lark is sexy, successful and dedicated to tracking down the baby girl her sister gave up for adoption. It should be a straightforward case, but it's not long before Dev uncovers a shady adoption ring and worse-the child's parents have been murdered and the little girl has been taken. As the case grows dangerous and Lark needs him more than ever, Dev can't ignore his growing attraction for her. He also can't trust his judgment with women or the emotions he's long-since buried. But there's a chance, if he gets this right and saves Lark's niece, that he'll end up saving himself, too.