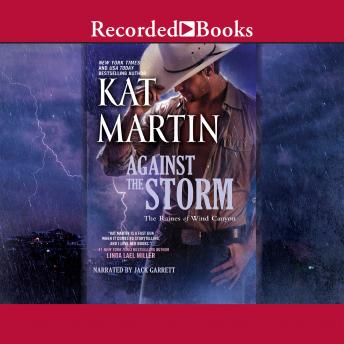 New York Times best-selling author Kat Martin has won a fervent following for her unique blend of romance and edge-of-your-seat suspense. In Against the Storm, army ranger turned private investigator Trace Rawlins takes a case protecting beguiling redhead Maggie O' Connell. Sensing threats at every turn, Trace faces a startling truth: Maggie may be as dangerous as she is beautiful.