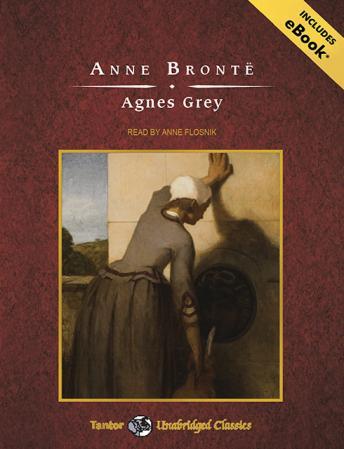 Written when women-and workers generally-had few rights in England, Agnes Grey exposes the brutal inequities of the rigid class system in mid-nineteenth-century Britain. Agnes comes from a respectable middle-class family, but their financial reverses have forced her to seek work as a governess. Pampered and protected at home, she is unprepared for the harsh reality of a governess's life. At the Bloomfields and, later, the Murrays, she suffers under the snobbery and sadism of the selfish, self-indulgent upper-class adults and the shrieking insolence of their spoiled children. Worse, the unique social and economic position of a governess-'beneath' her employers but 'above' their servants-condemns her to a life of loneliness.

Less celebrated than her older sisters, Charlotte and Emily, Anne Brontë was also less interested in spinning wildly symbolic, romantic tales and more determined to draw realistic images of conditions in Victorian England that needed changing. While Charlotte's Jane Eyre features a governess who eventually and improbably marries her employer, Agnes Grey deals with the actual experiences of middle-class working women, experiences Anne had herself endured during her hateful tenure as a governess.